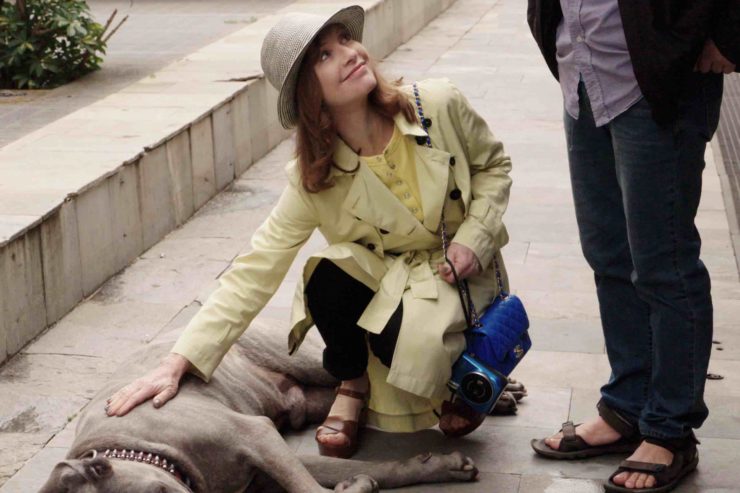 The breezy Claire’s Camera isn’t only charming and funny, but also one of Hong’s most formally intuitive and sharply written films in some time, and the best of the three works he’s made that draw on his relationship with Kim Min-hee. Sam C. Mac, The House Next Door

On a business trip to the Cannes Film Festival, Manhee (Kim Min-Hee, also in On the Beach Alone at Night QFF2017) is accused of being dishonest, and fired. Elsewhere, a teacher named Claire (the legendary Isabelle Huppert, in a typically intelligent performance) goes around taking photos with a Polaroid camera. She gets to know Manhee and sympathizes with her. Through taking photos, Claire has acquired the ability to look slowly at things, and to transform objects. Now, Claire goes with Manhee to the café where she was fired. We look forward to seeing Claire’s power at work.

The latest work from master filmmaker Hong Sang-Soo (Virgin Stripped Bare By Her Bachelors; Right Now, Wrong Then; and On the Beach Alone at Night also QFF2017), Claire’s Camera is on the surface a breezy comedy, but underneath a statement of Hong’s belief in the possibilities of art.