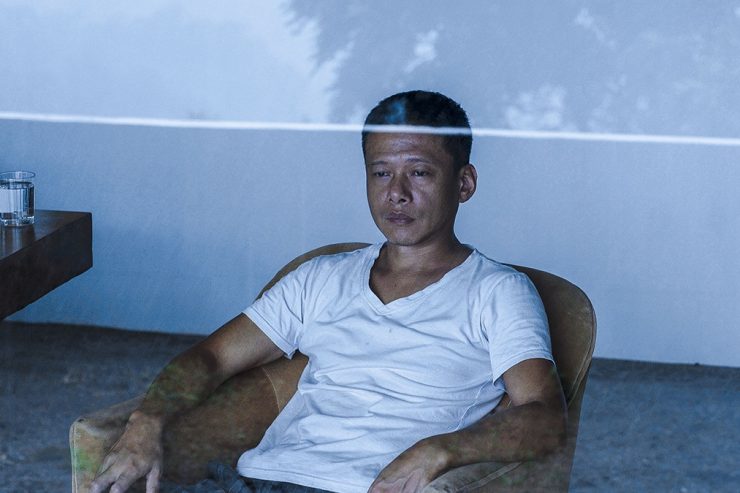 Kang lives alone in a big house, Non in a small apartment in town. They meet, and then part, their days flowing on as before.

Ostensibly Taiwanese master Tsai Ming Liang’s return to narrative filmmaking, Days draws on the lessons of his recent short films, blurring the line between story and meditative poetic description as Kang and Non look for release. Starring Lee Kang-sheng, Tsai’s artistic collaborator since 1989’s All the Corners of the World and still suffering the neck injury that was the focus of The River (1997.)