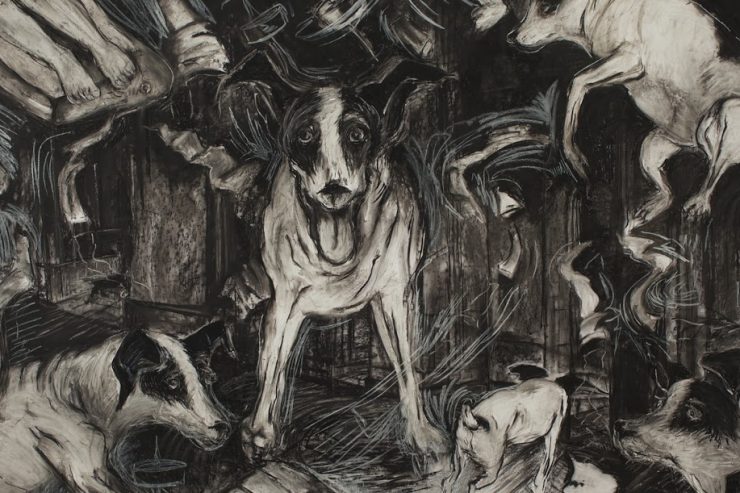 In times of significant loss, the human mind searches for and projects filmic forms and Anderson’s playful, elegiac, formally adventurous film might best be described as a gorgeous manifestation of this very idea. – Robert Green, Sight & Sound

Centring on Laurie Anderson’s beloved rat terrier Lolabelle, who died in 2011, Heart of a Dog is a personal essay that weaves together childhood memories, video diaries, philosophical musings on data collection, surveillance culture and the Buddhist conception of the afterlife, alongside heartfelt tributes to the artists, writers, musicians and thinkers who inspire her.

A rare film by the legendary musician and artist, Heart of a Dog could stand alone based on its soundtrack and arch narration. And yet, the heart-wrenchingly intimate effort works as a total film, its visually striking blend of animation and documentary footage extending, balancing and ultimately, completing Anderson’s superb essay.