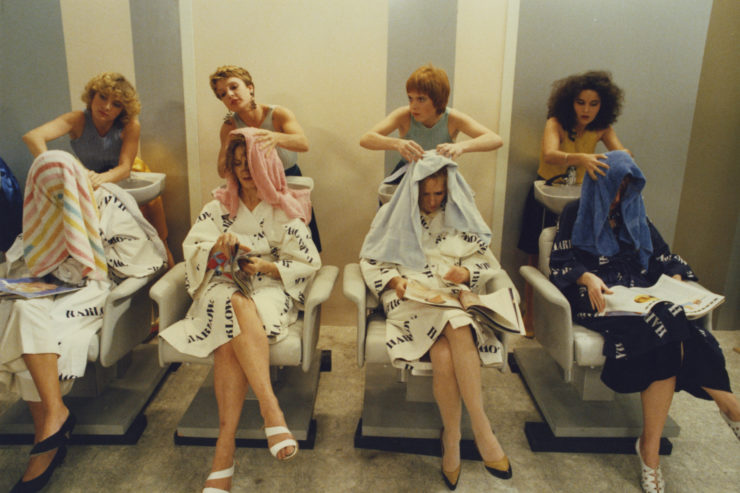 Dangerously flirting with kitsch – some sections do resemble a wacky French pop special—Akerman once again gets away with the impossible by virtue of her energy, insight and enveloping sensuality. – DT, Timeout

Three young hairdressers are smitten by the son of the clothing store proprietors across the mall. Robby is callow and selfish, but nonetheless charming to Lili, the salon’s manager, who’s trendy and also the salon-owner’s moll; to Mado, who’s innocent and sweet; and to Pascale, who’s intelligent but passive and downcast. Meanwhile, a Yank veteran of World War II has returned to Paris to recapture the love of his wartime sweetheart, Robby’s mum.

A giddy musical from the great Chantal Akerman, Golden Eighties is both astonishingly, typically eighties in its makeup (and hairdos) and seemingly atypical Akerman in its lurid pop sensibility. Shot in an archly theatrical studio, apt for the artificial life of a mall, and full of witty songs and incantations (cattily touching upon everything from sexual positions to recession woes), this is one of Akerman’s oddest and finest works.