Home » Notes on an Appearance 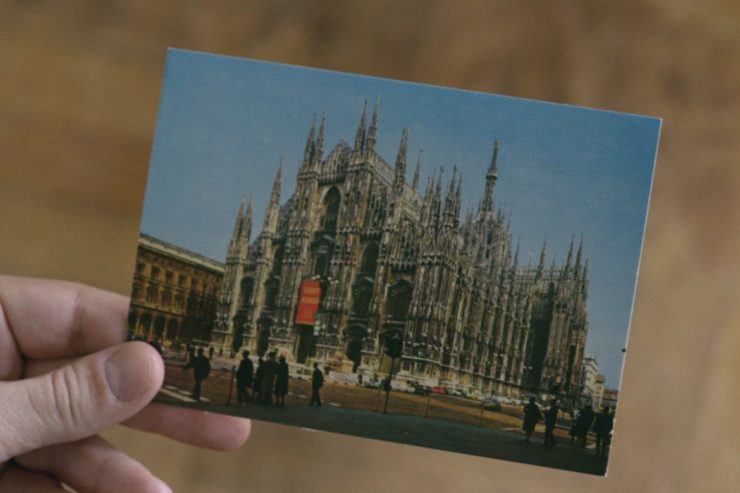 With rigor and precision, his camera unmoving and observant, D’Ambrose creates a hermetic world in which everything is orderly and clean, like an assiduously arranged scrapbook.
– Greg Cwik, Slant Magazine

Returning home to New York from Milan, David (Bingham Bryant) finds work cataloguing the estate of the contentious, now dead, philosopher Steven Taubes, author of ‘Violence and Its Valances’. With a certain pressure to make sure things are not misconstrued, David assiduously works away, noting elements of conspiracy and traces of violence—before disappearing and leaving his own cache of letters, postcards, and notebooks for his friends to re-trace…
After a series of heralded shorts comes Ricky D’Ambrose’s feature debut Notes on an Appearance, making clear not just his debt to the clipped minimalism of Robert Bresson, but also the paranoia of Jacques Rivette and the sheer love of invented text and wit in Peter Greenaway’s early films.