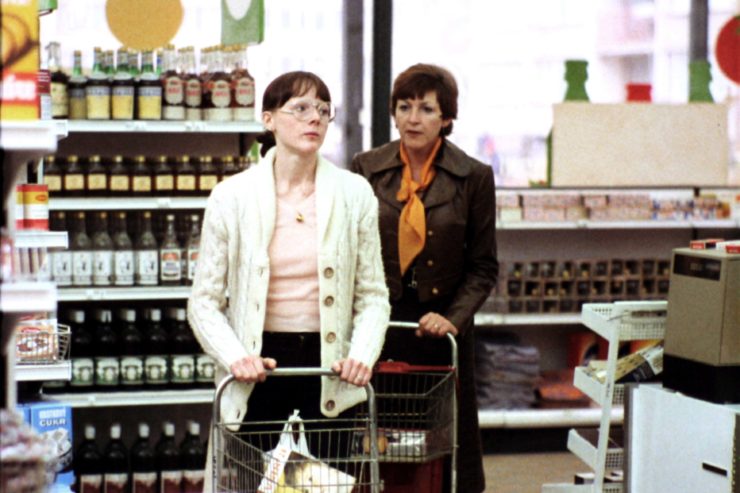 Chytilová’s unwavering moral stance and penetrating analysis of creation and destruction, as evident in Panelstory, would undoubtedly stand out in the film production of any country.
– Andrew James Horton, Kinoeye

This scathing and often very funny rubbishing of life under the Czech regime of Normalisation (1969–1987) has had scant exposure abroad; the local authorities did their utmost to suppress it domestically for many years, too. Working once more with Jaromír Šofr, her cameraman from Ceiling and A Bagful of Fleas, Véra Chytilová presents a frantic, wide-angled, noisy mosaic of life at a monstrous, underdone, debris-ridden high-rise housing estate on Prague’s outskirts, cocking a vicious snook at its Potemkin village pretensions to community-building.