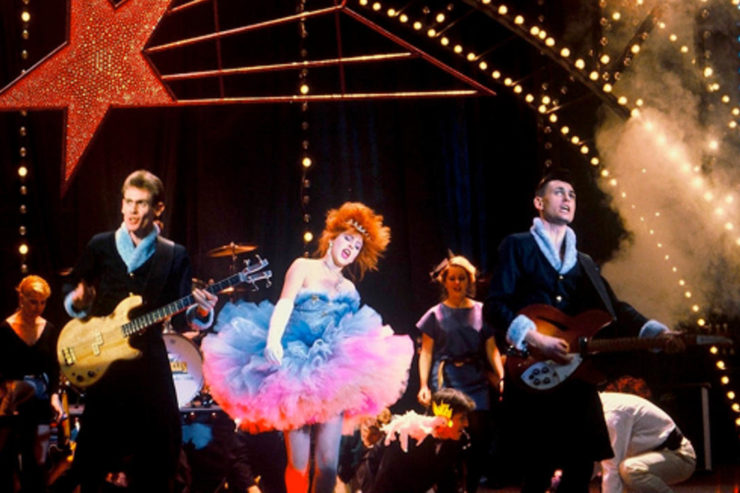 A shimmering glob of unperturbed incandescence just waiting to be devoured by a well-balanced person with discerning taste. – House of Self Indulgence

Let’s concede that this is a fairly camp film, and all the better for it. A gleeful, effervescent New Wave musical, Starstruck glows in primary colours: whether a bright red kangaroo or the deep blue sky glimmering over inflatable shark choreography. Teenage cousins Angus and Jackie Mullens live in the Harbour View Hotel, beneath the Harbour Bridge in Sydney’s The Rocks. Jackie is 18 and wants to be a singer; Angus is 14 and writes songs while dreaming up wacky schemes to get Jackie noticed. Directed by legendary Australian director Gillian Armstrong, coming directly off the international success of My Brilliant Career, this simple story acts as a clothesline to hang lurid compositions, startling and superb dance sequences. Most importantly, the film showcases Jo Kennedy’s charisma-drenched performance as Jackie, in which she out-moxies Cyndi Lauper.
With stunning New Wave costumes from Academy Award-winner Luciana Arrighi and Terry Ryan, and a superb collection of original songs (also pretty damn New Wave) from Split Enz’s Tim Finn, Starstruck is a timecapsule to ‘80s inner Sydney, a bridge to the weird pop-spectacle of ‘90s Australian cinema, and Australia’s greatest musical. 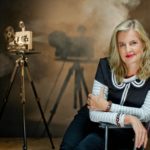 Iconic Australian director Gillian Armstrong came to fame with her astonishing debut feature My Brilliant Career (1979). At the film’s release, Gillian held the distinction of being the first woman to direct a feature-length movie in Australia in almost 50 years. This breakthrough was followed up by Starstruck and an ongoing career as one of Australia’s leading filmmakers The Last Days of Chez Nous, Oscar and Lucinda, and most recently Women He’s Undressed.