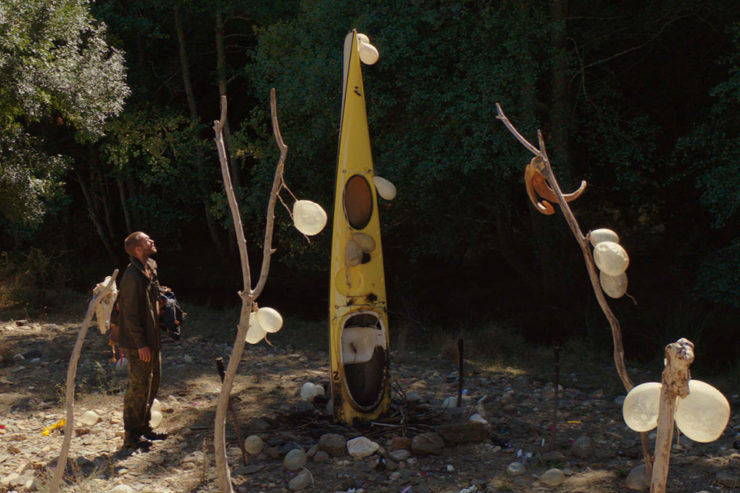 An extraordinarily rich, unpredictable fever-dream, a pilgrimage film that sits somewhere alongside Buñuel’s The Milky Way (1969), Jarman’s Sebastiane (1976) and Powell and Pressburger’s A Canterbury Tale (1944) with its fusion of religious iconography and sexual and spiritual anguish, coupled with a palpable reverence for the mysterious cross-currents of the natural world. – Tom Charity, Sight & Sound

Fernando (Paul Hamy), a solitary ornithologist, is undertaking field research in northern Portugal when he is swept down the rapids of a remote river. Rescued then imprisoned (with rope and bondage knots) by Chinese pilgrims, Fernando escapes into a darkened forest. Now lost, Fernando undergoes a series of perverse and surreal trials and tests as he makes his way further and further into Portugal’s fantastic past.

Drawing on the tales of Saint Anthony of Lisbon, the saint of lost things, renowned director João Pedro Rodrigues (The King’s Body, also QFF2017) recasts a pilgrim’s progress as a queer pastoral that blends Portuguese history, drag aesthetics and observant wildlife into something distinct and visionary.

Winner of Best Director at the 2016 Locarno Film Festival