Home » The Unity of All Things 物之合 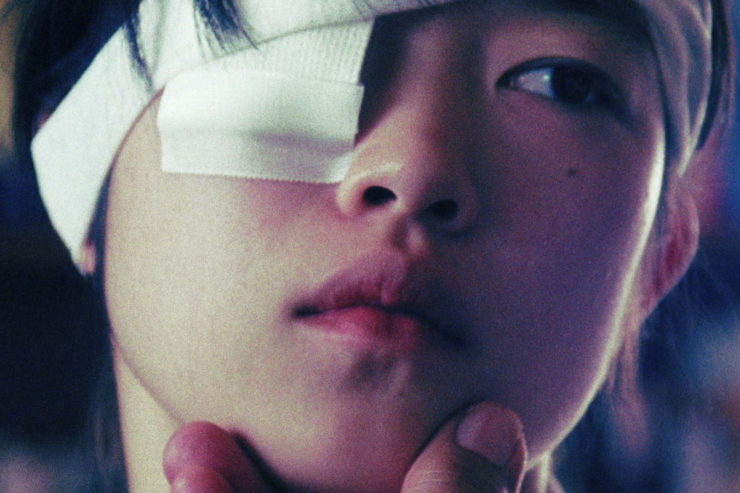 This free screening of The Unity of All Things is presented as a partnership between Queensland Film Festival and the Institute of Modern Art. Facebook Event Page

A hypnotic and erotic sci-fi tone poem, exquisitely shot on a mixture of Super 16 and Super 8, The Unity of All Things 物之合 tracks the metaphysical and psychosexual changes undergone by a group of research physicists as they prepare for the construction of a new particle accelerator on the U.S.-Mexico border. Meanwhile, the group leader’s two teenage sons (played by actresses, in drag) find themselves exploring an incestuous romance. Daniel Schmidt and Alexander Carver’s film is a singular audiovisual experience, an entrancing and grainy hallucination in which bodies, the sea, haunting drones, neon lights, and gargantuan scientific apparatuses (three real-life particle colliders provide the location for much of the film) commingle to yield a portrait of desire that is nothing short of cosmic. – filmlinc.