Home » You Were Never Really Here 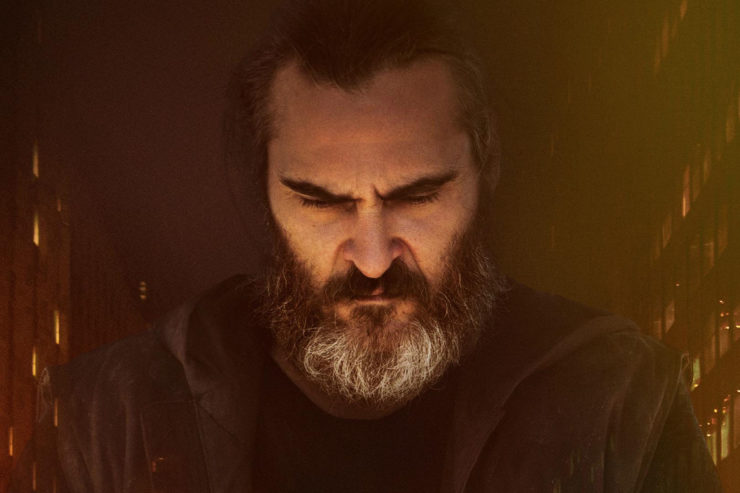 You Were Never Really Here is a head-spinningly accomplished work that reconfirms Ramsay as one of the most thrillingly distinctive and daring film-makers of her generation.
– Mark Kermode, The Guardian

Joaquin Phoenix, in an award-winning role, plays Joe. A traumatised veteran, unafraid of violence, he tracks down missing girls for a living. Hired to rescue a powerful senator’s daughter, he becomes entangled in a paranoid network of lies, deceit, corruption and violence. Past and present intertwine as he stumbles upon what might be his death trip or his awakening.

This taut expressionistic noir, winner of Best Screenplay award at Cannes, has a sense of vision and tactility that could only have come from the Scottish master Lynne Ramsey, in her long awaited fourth feature. A pulsating and inventive score, now typical of Radiohead’s Johnny Greenwood, mingles with Joe’s visions to powerful effect.