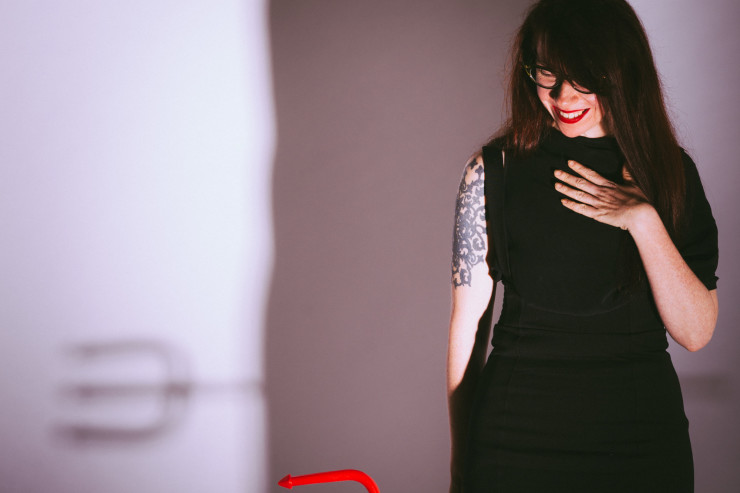 Melbourne-based film scholar and giallo expert Alexandra Heller-Nicholas will be joining us for Saturday night’s panel on The Art and Craft of Editing in The Duke of Burgundy and The Strange Colour of Your Body’s Tears.

1. The Color of Pomegranates (1968)
Sergei Paradjanov’s The Color of Pomegranates has the reputation of being one of the greatest films ever made, and the rare opportunity to see it on the big screen will reveal why. Ostensibly a biopic about Armenian poet Sayat Nova, Paradjanov’s understanding of how film works and what it can do is unparalleled. This is one of those rare films that will change the way you think about cinema.

2. The Vanquishing of the Witch Baba Yaga (2014)
Jessica Oreck’s The Vanquishing of the Witch Baba stretches the boundaries of documentary filmmaking with a visual and thematic poetry perfectly suited to its eponymous subject matter. Exploring the Slavic folklore around the legendary Baba Yaga, Oreck’s film incorporates animation and live action material in this gorgeous patchwork that aims for a sensory response as much as an intellectual one.

4. The Duke of Burgundy (2014)
Like his previous masterpiece Berberian Sound Studio (2012), Peter Strickland’s The Duke of Burgundy displays a breathtaking literacy of genre film history; while in Berberian it was the Italian giallo film, here it is the arthouse/exploitation erotica of directors like Jess Franco and Walerian Borowczyk. Bereft of smug, Tarantino-style winks and nods, Strickland’s intertextuality is more dreamlike and sensual in this tale of a lesbian couple negotiating the power dynamics of their relationship.

5. The Strange Color of Your Body’s Tears (2013)
On the back of their ambitious neo-gialli Amer (2009), co-directors Hélène Cattet and Bruno Forzani return again to their beloved Italian genre made famous in the late 1960s and 1970s by directors like Dario Argento, Mario Bava, Umberto Lenzi and Sergio Martino. As visually daring, sexually provocative, unapologetically violent and deliciously exploitative as the films it is celebrating, The Strange Color of Your Body’s Tears is as hyperbolic and as memorable as its title suggests.