Home » Beauty and the Beast 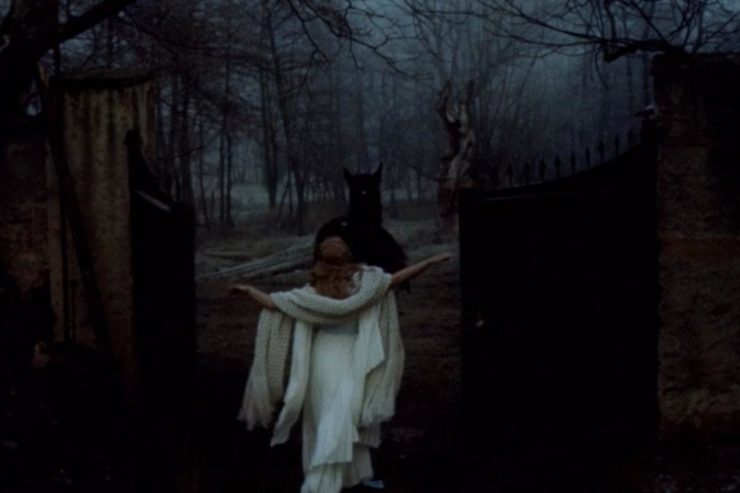 With the glow of soft candlelight and other golden visual punctuation, this is a very dark film that is also warm, sensuous and mysterious because it is so full of the possibility, promise and, finally, reality of love. – Dennis Grunes

One of two fairytales he shot simultaneously (the other being The Ninth Heart), Herz’s adaptation surely remains the darkest, wintriest, most fetid filmic interpretation of Gabrielle-Suzanne Barbot de Villeneuve’s venerable fairytale. Headily steeped in Gothic atmospherics, Herz’s Beauty Julie (Zdena Studenková) is pitted against a most unconventional Beast (celebrated ballet dancer Vlastimil Harapes) whose tormented mien is less than leonine and instead inspired, one might surmise, by the surrealism of Georges Franju’s Judex and Max Ernst’s alter ego, Loplop.