Home » Brothers of the Night 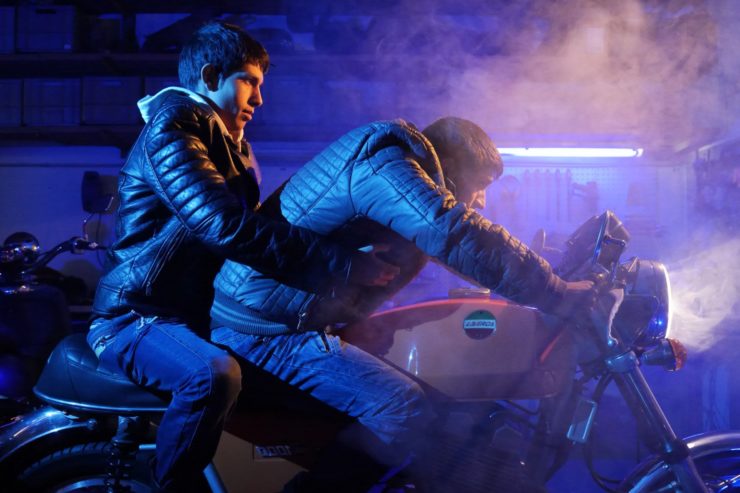 Brothers of the Night immerses you in an off-centre world offering a frank look at young men trying to stay afloat in a sea of contradictions. – Maurle Alioff, Point of View

Soft boys by day, kings by night. Brothers of the Night follows a group of young Bulgarian Roma who come to Vienna looking for freedom and a quick buck. They sell their bodies as if that’s all they had. What comforts them, so far from home, is the feeling of being together. But the nights are long and unpredictable.

Shot in a manner that evokes the glam of RW Fassbinder’s Querelle and the artificial dreamworld of James Bidgood’s Pink Narcissus, Chiha’s Brothers of the Night is a ravishing portrait of the Viennese underworld. Alternating between relatively straight documentary scenes and stylised, staged, ethnographic sequences, Brothers, with comic graphic candour, captures the shifting of masques and performances as the Roma parlay with their alternating audiences.

Winner of the 2016 Best Cinematography Award at RIDM