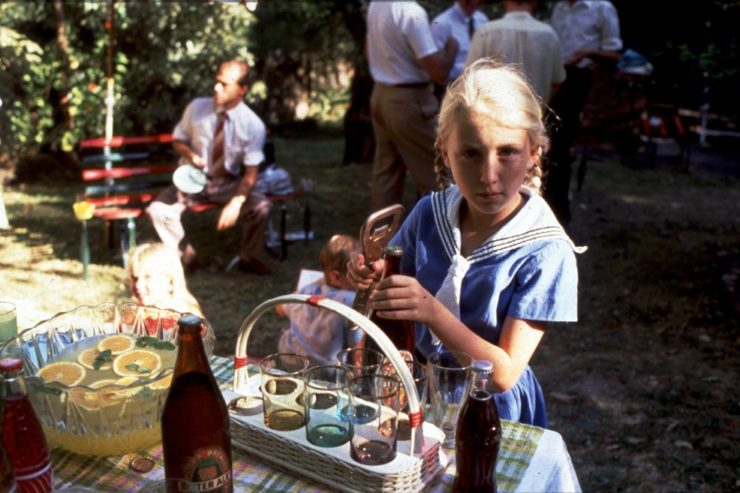 Celia is Miss Turner’s transfixing, assured, extremely lucid attempt to see the world from Celia’s point of view. Filmed in a controlled, decorous style that recalls the deceptive serenity of Blue Velvet, it traces Celia’s mounting anger at the tyranny of the adult world.
– Janet Maslin, The New York Times

In 1957, anti-communist paranoia has enveloped the West, a rabbit plague has overtaken Victoria, and in the suburbs of Melbourne, nine-year old Celia (Rebecca Smart) is terrified by storybook monsters who haunt her bedroom, and peek from behind the faces of passers-by. Ignored at home and mourning the death of her grandmother, she begins to explore her nearby world with dark consequences.
This startling debut by author and director Ann Turner has just been ravishingly restored by Australia’s NFSA, but, even on VHS, its unconventional examination of prejudice and prepubescent imagination shines through.