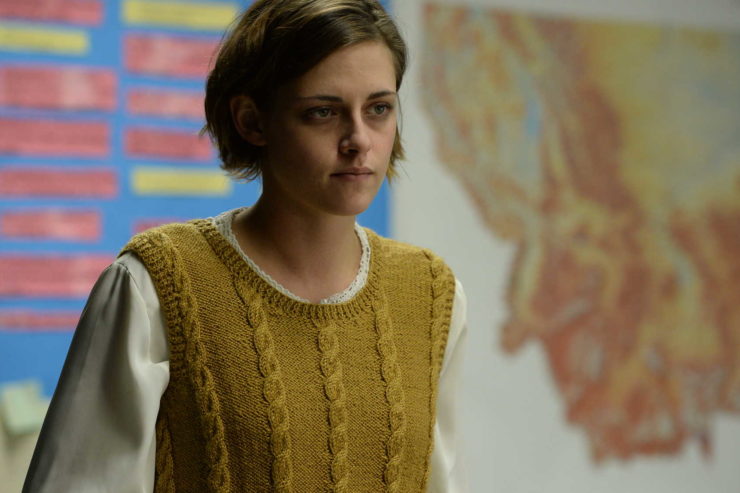 Reichardt, who also edited the film, brings the textures and atmosphere of the contemporary American West—Montana, specifically—so close that you can practically smell it: the dampness underfoot, the chill in the air, the emotional anticipation of barely identified longings and thoughts just starting to form. – Emma Piper-Burker, Reverse Shot

Three strong-willed women (Kristen Stewart, Laura Dern, Michelle Williams) strive to forge their own paths amidst the wide-open plains of the American Northwest: a lawyer who finds herself contending with both office sexism and a hostage situation; a wife and mother whose determination to build her dream home puts her at odds with the men in her life; and a young law student who forms an ambiguous bond with a lonely ranch hand.

Renowned independent filmmaker Kelly Reichardt’s (Meek’s Cutoff, Wendy and Lucy) latest film is a study of grace under pressure. Built around a triptych of astonishing performances from her lead actresses, Certain Women is a poignant but clear-eyed drama of frustration and trailblazing.

Winner of Best Film at the 2016 London Film Festival