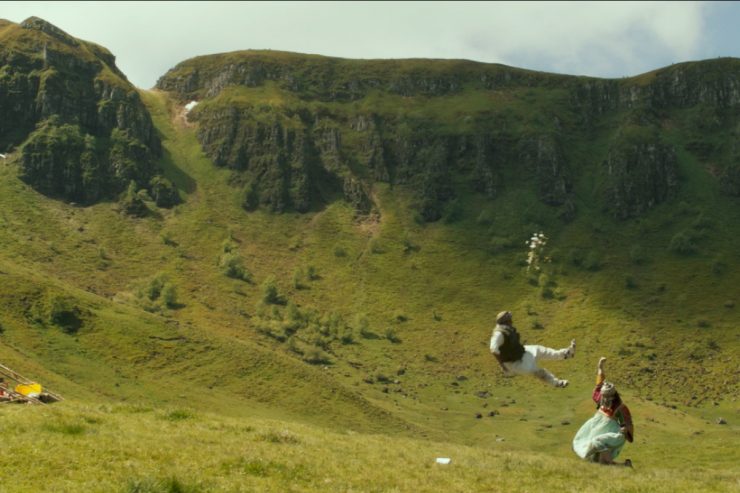 War movies appealed to Maddin as a child, he tells us, ‘with their thrills and romance, camaraderie and cool uniforms, all the pomp and ceremony of real war but without real death.’ And with that, Bring Me the Head of Tim Horton blossoms into the cine-essay he’d imagined, a very moving and very funny analysis of the costs (in the most biting and ironic sense) of war. – Daren Hughes, Senses of Cinema

While the French ambassadress to Afghanistan is negotiating disarmament with a Kuchi nomad, her daughter Cléo is kidnapped by an Afghan warlord. Sentient drones, the works of Georges Bataille, and Rihanna’s social media also prominently feature.

Winner of the Grand Prix France at Brive Film Festival.

Notionally a documentary about the making of Paul Gross’s Afghanistan war epic, Maddin’s latest work (The Forbidden Room, QFF 2015) is a ball of energy that through documentary, dream sequences, hypnotic drones, and self-pitying whining, dismantles not just war films but also national cinema.