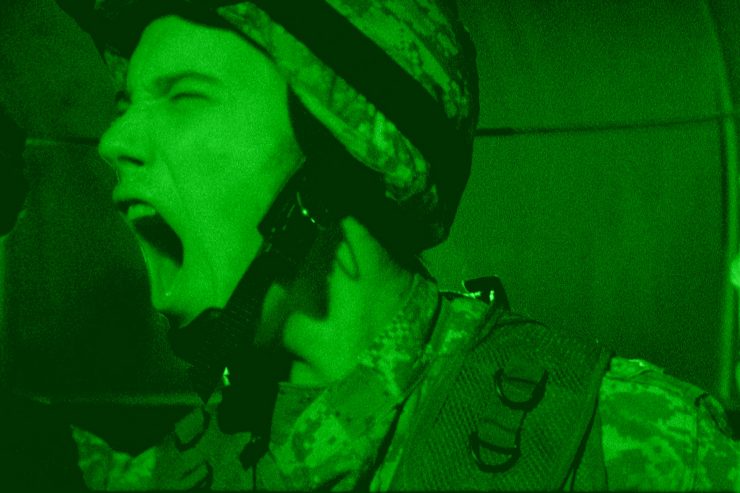 Soapy, sexed-up, and anarchic, Benjamin Crotty’s Fort Buchanan may be the only military-spouses comic melodrama as indebted to the Lifetime channel as it is to the oeuvre of Eric Rohmer. Despite these pronounced influences, though, Crotty’s riotous feature debut is stamped with a wholly distinct sensibility, one that’s simultaneously ludic, queer, mercurial, and concupiscent. – Melissa Anderson, Artforum

Fort Buchanan is a 16mm feature film set over four seasons. The story follows the lives of a small group of military families living together on the fictitious Fort Buchanan army base: a gay couple and their adopted daughter, a woman of a certain age, three pretty young wives (with husbands stationed abroad) and one personal trainer…

With dialogue drawn from daytime dramas, settings chosen because they were built by industrial designer Matali Crassett, ripe slovenly flesh, and a bucolic pastoral atmosphere to hold it together, Crotty’s debut is a significant work that draws on both independent and gallery filmmaking traditions.