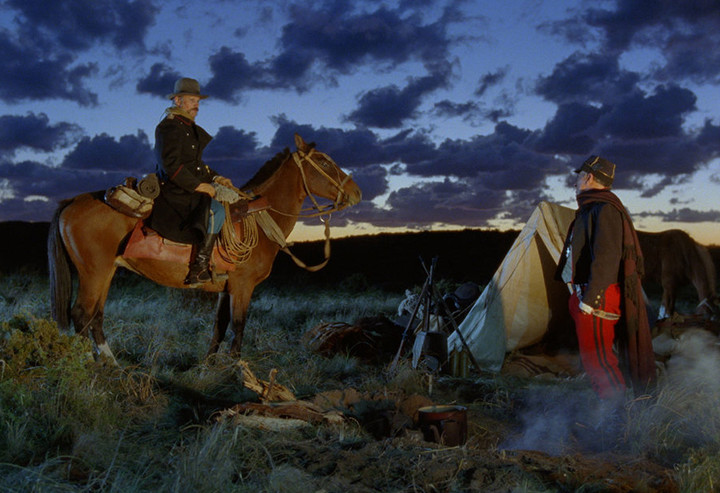 In the ultimate shift from past to present and from dream to reality, Alonso is not presenting us with a narrative puzzle to be clarified, solved and thus swiftly exhausted by its viewers. – Adrian Martin, Sight and Sound

Nineteenth century Danish explorer Gunnar Dinesen (Viggo Mortensen) and his daughter Ingeborg (Viilbjork Malling Agger) have left their homeland on a military pilgrimage through Argentina’s remote Patagonian coast. When Ingeborg mysteriously elopes one night, Gunnar navigates the wild in a quest to find her. In doing so, he must face both personal challenges and the savage, mysterious forces of an uncolonised land.

A highly meditative work captured in a series of long, static tableaux, Jauja gradually imbues its explorer’s journey with the hallmarks of magical realism. Shot in a rounded 4:3 frame, the result is a poetic harmony of tantalising colour and contemplation.

Jauja received the FIPRESCI Prize in the Un Certain Regard section at the 2014 Cannes Film Festival.