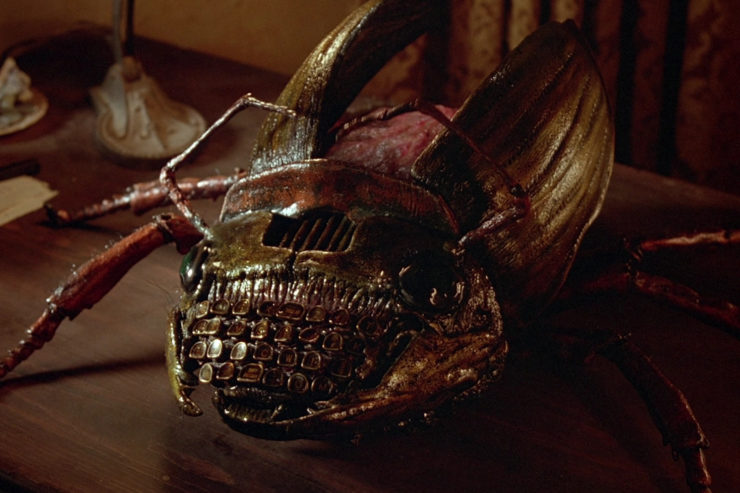 Seldom has a filmmaker offered his audience a more debonair invitation to go to hell.
– Janet Maslin, The New York Times

After developing an addiction to the hallucinogenic substance he uses to kill bugs, exterminator William Lee accidentally murders his wife and becomes involved in a secret government plot being orchestrated by giant bugs in the Interzone, an Islamic port town in Africa.

David Cronenberg not only adapts William Burrough’s novel of the same name, but also splices in elements from Burroughs’ life and ‘routines’ — including his links with author Paul Bowles, whose short story ‘A Distant Episode’ sits at the heart of QFF 2016 film THE SKY TREMBLES AND THE EARTH IS AFRAID AND THE TWO EYES ARE NOT BROTHERS. Compelling scored by Cronenberg regular Howard Shore and free jazz legend Ornette Coleman, the end result proves one of the key masterpieces of the filmmaker’s career, and possibly the only adaptation to match the spirit of Burrough’s collages.

Winner of the 1992 National Society of Film Critics Awards for Best Director and Best Script, and winner of the 1993 London Critics Circle Film Award for Best Actress (Judy Davis).