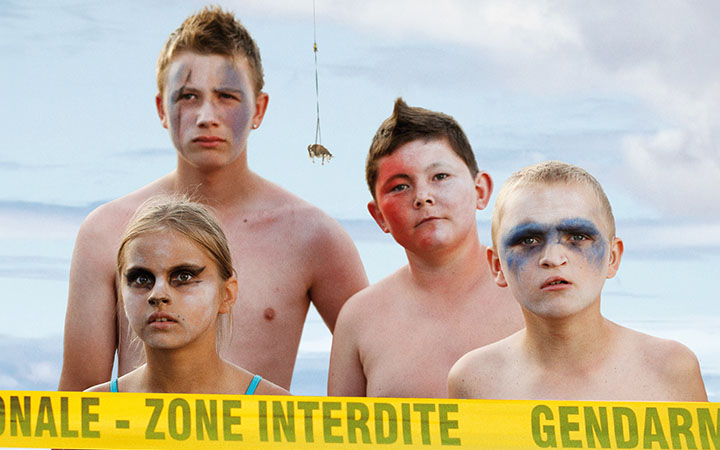 Li’l Quinquin is both a Zolaesque revelation of brutality in the French countryside and a sly laugh riot. – Richard Brody, New Yorker

A dead cow stuffed with human remains is found in a WWII-era bunker, and it’s up to police captain Van der Weyden (Bernard Pruvost) and his assistant Carpentier (Phillipe Jore) to work who exactly found their grave in a cow’s stomach. As new bodies are found, the pugnacious boy, Quinquin (Alane Delhaye), and his friends see an opportunity for holiday mischief.

First appearing as a blockbuster French miniseries, this black comedy takes its investigators down routes that are as hilarious as they are unsettling. P’tit Quinquin sees The Pink Panther’s Inspector Clouseau commandeer Twin Peaks in a surprise recalibration of director Bruno Dumont’s career.