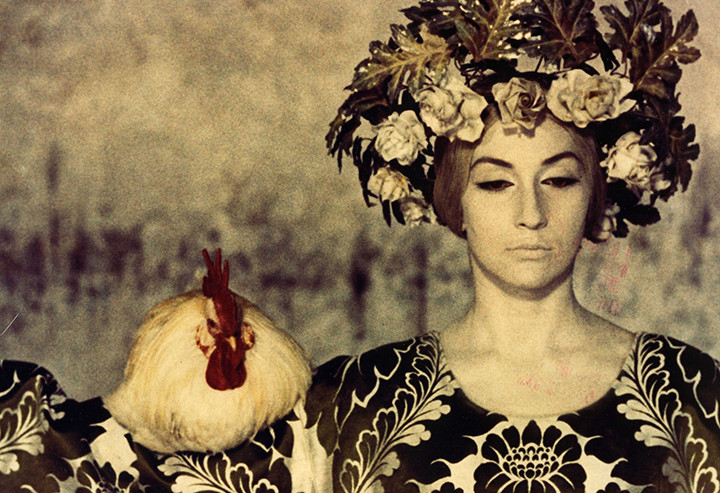 This deliriously beautiful film is made up of autonomous, resonant images that—like lines of poetry—stay in the mind long after the film has run its course. – Hamid, Senses of Cinema

Sayat Nova, the eighteenth Century Armenian poet, once wrote, “I am the man whose life and soul are torture”. Though a familiar archetype, the image of the tortured poet has never been so eloquently or exquisitely expressed as in Sergei Paradjanov’s The Colour of Pomegranates.

Inspired by Nova’s poetry and biography, the film presents key chapters in the poet’s life—childhood, awareness of the female form, love, and martyrdom—in a series of surreal tableaux rendered in the vivid spirit of early Medieval Armenian art miniatures.

Courtesy of The Film Foundation’s World Cinema Project at Cinetica di Bologna, in association with the National Film Centre of Armenia and Gosfilmofond of Russia, this 2014 digital restoration brings The Colour of Pomegranates closer to the artist’s vision than ever before. It is Paradjanov’s ode to his Armenian heritage, made under Soviet occupation, and endures as one of the great masterpieces of cinematic history.