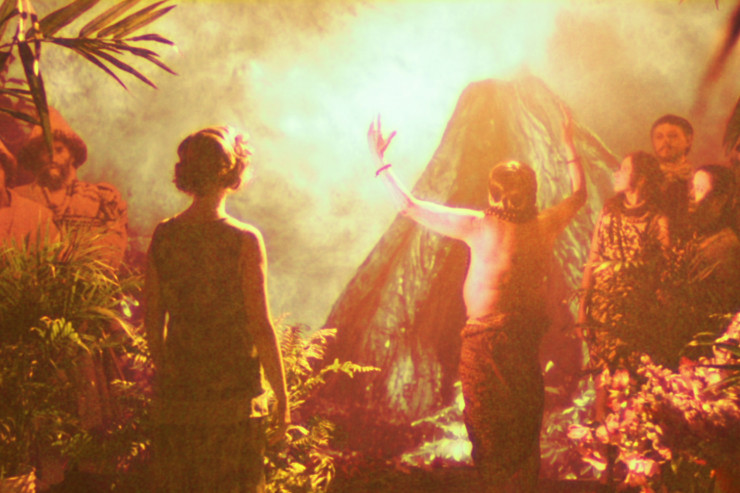 The mix of chewed-up, decayed film, blasted-out Technicolor two-strip, high-contrast fake-noir, angular expressionism and 30s Hollywood pomp will reduce design fetishists into a melted puddle. […] Film-lovers, this ludicrous movie is for you.

A submarine crew, a feared pack of forest bandits, a famous surgeon, and a battalion of child soldiers all get more than they bargained for as they wend their way toward progressive ideas on life and love. This impossible to summarise collection of tales within tales tears through our collective memory of film’s exotic past.

A writhing intersection of melodrama and comedy, The Forbidden Room is the culmination of Guy Maddin’s plundering of silent and early cinema tropes (Careful 1992, Brand Upon the Brain!, 2006).