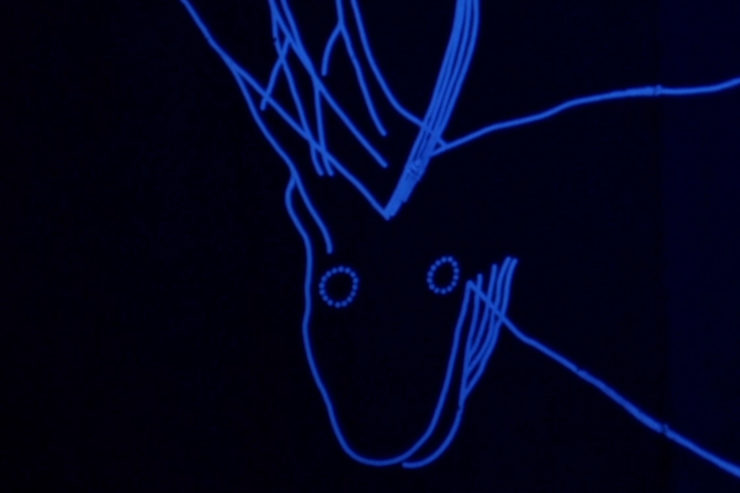 In this delirious sci-fi riff on Arabian Nights’ ‘Tale of the Hunchback’, Ben Rivers and Gabriel Abrantes submerge viewers in a technological dystopia reigned by Dalaya.com, a mega-corporation that forces its employees to ‘relax’ at company-run medieval reenactments.

Promiscuous filmmakers, Abrantes and Rivers finally come together to collaborate on a tale of violence and drunkenness. Audiences could attempt to parse who contributed what, and just where the misleadingly shaggy structure, the jocular humour and the mystical sense of landscape and presence springs from. But this misses the point, neglects the influence of British sci-fi television, and, most importantly, would probably wrong.

This is a free screening taking place at the IMA at 3pm on the 20th of August.

Winner of the 2016 IndieLisboa Award for Best Portuguese Short Film.