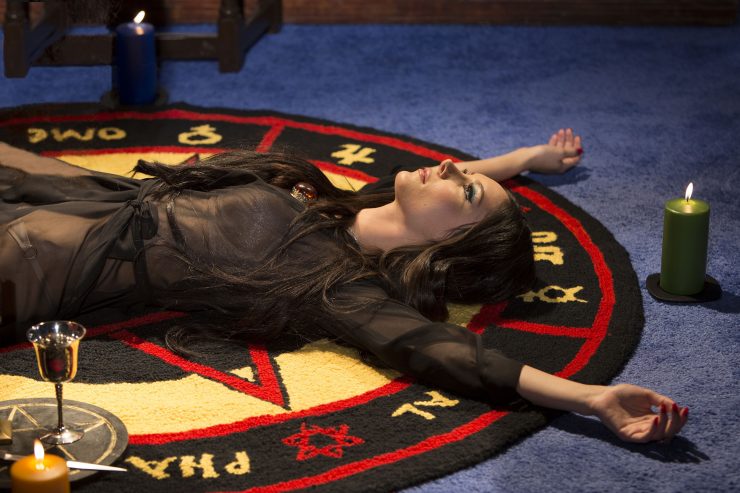 This is a fiercely intelligent, visionary work hiding in the skin of a trashy exploitation movie bauble and it firmly locks-in Biller in as one of the most exciting filmmakers alive. – Chris Alexander, Shock Till You Drop

Elaine, a beautiful young witch, is determined to find a man to love her. In her gothic Victorian apartment she makes spells and potions, and then picks up men and seduces them. However her spells work too well, and she ends up with a string of hapless victims. When she finally meets the man of her dreams, her desperation to be loved will drive her to the brink of insanity and murder.

With a visual style that pays tribute to Technicolor thrillers of the 1960s, The Love Witch explores female fantasy and the repercussions of pathological narcissism. Lusciously coloured to complement the film’s striking production design, Anne Biller follows up her celebrated Viva — itself a tribute to the sexploitation films of the 1970s — with a work of total vision and control, with the filmmaker once again acting as director, writer, producer, editor and production designer.