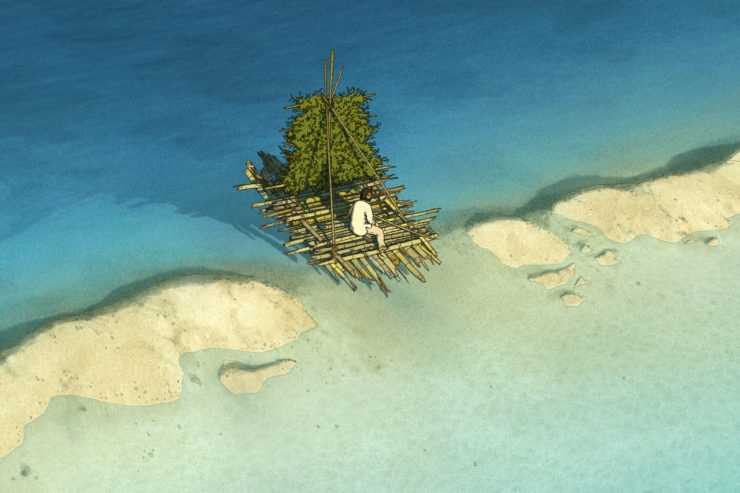 Dudok de Wit’s hypnotizing, entirely dialogue-free The Red Turtle is a fable so simple, so pure, it feels as if it has existed for hundreds of years, like a brilliant shard of sea glass rendered smooth and elegant through generations of retelling
– Peter Debruge, Variety

A man marooned on a desert island tries desperately to escape, until one day he crosses paths with a strange turtle that will change his life — a mythic encounter between the native inhabitants of an island, of the ocean, and man.

Renowned Japanese animation house Studio Ghibli sought out Michael Dudok de Wit after encountering his astonishing short Father and Daughter. A decade in the making, this richly textured work is the result, matching the best Ghibli’s own animist explorations of nature and humanity’s continuity with it.

Winner of the Un Certain Regard Special Jury Prize at the 2016 Cannes Film Festival.