Home » Private: Films 2016 » THE SKY TREMBLES AND THE EARTH IS AFRAID AND THE TWO EYES ARE NOT BROTHERS 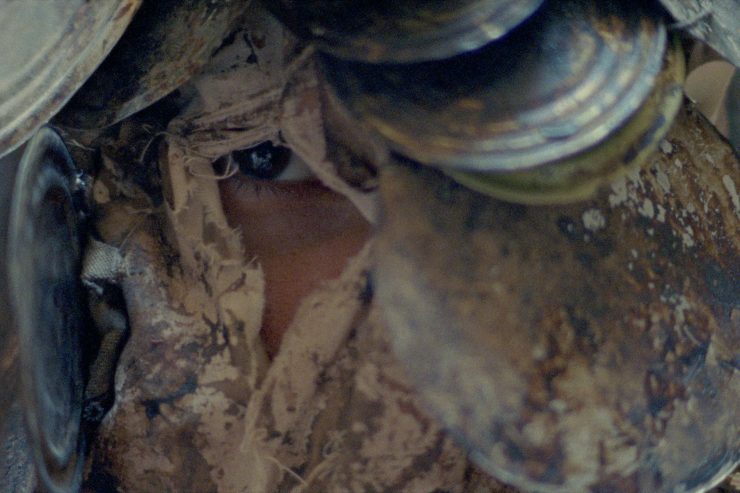 Textually dense, highly referential, and genuinely surreal, The Sky Trembles… is a film of both immediate pleasures and lingering power.
– Jordan Cronk, Fandor

At the heart of The Sky Trembles… sits an adaptation of ‘A Distant Episode’, the savage, Moroccan-set short story by American author Paul Bowles, which was first published in 1947. Moving between documentary, fiction and fable, the film’s series of layered tales sees filmmaker Oliver Laxe directing his own feature in Morocco, Mimosas (which also screens at QFF 2016, directly after The Sky Trembles…), before walking off set and into Rivers’ narrative.

Balancing mountain and desert, as well as documentary and fiction, and organised around Bowles interests in music, documentation, translation and fiction, The Sky Trembles… is Rivers’ second feature film and another important part of his exploration of the essence and definition of cinema. An unwitting guide, Laxe assembles these pieces for the audience before the film turns into an adaptation of ‘A Distant Episode’ and sees him written into the landscape.

The Sky Trembles… is preceded by Neither God Nor Santa Maria (Girón and Delgado, 2015, 12 minutes).