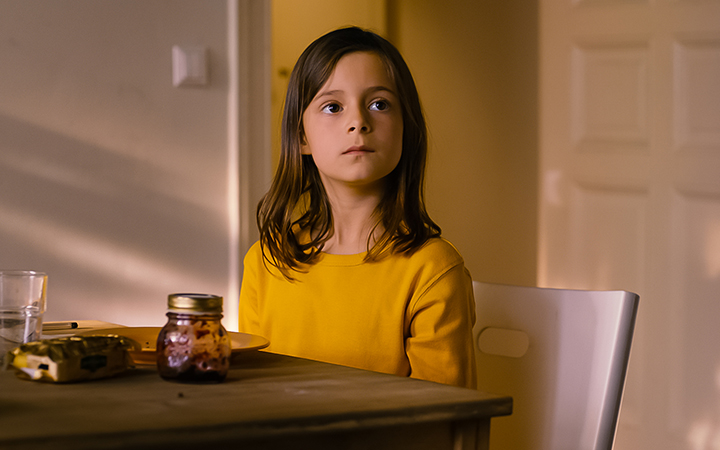 This kind of vérité surrealism doesn’t come along very often, and the glorious oddness that Zürcher manages to infuse into even the most routinely domestic activities is really the gift the film keeps on giving. – Jessica Kiang, Indiewire

Over the course of one autumn day, a microcosmic life flourishes within a middle-class Berlin apartment. Its inhabitants weave between each other in a familiar quotidian dance of household activity. A ginger tabby drifts in and out from the periphery. A dog scratches at the door. A bottle spins endlessly, as though by magic.
The Strange Little Cat presents a group portrait made up entirely of these grace notes, transforming the everyday into an experience of heightened presence and mesmeric wonder. The audacious first film from Swiss-German multihyphenate Ramon Zürcher, The Strange Little Cat heralds a distinct and original voice not only in the family-drama genre, but in world cinema.