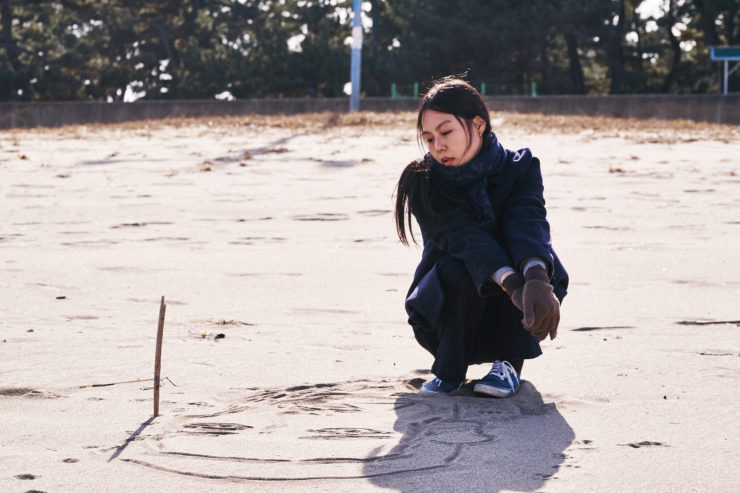 CLAIRE’S CAMERA
Isabelle Huppert and Hong Sangsoo, really that’s all you need to know. The former, is the spark and the roar. The latter is the slow burn, the warm liquor sliding and meddling in the belly.

GOOD TIME
A film by the Safdie brothers is the caw of desperation, a long stretch of road and an near empty tank of fuel. It is plummeting and pulling desperately on the yoke while all the time the ground rises up to meet you. It is the emptiness and loneliness of a bustling street and a gaze that refuses to avert itself.

CERTAIN WOMEN
Kelly Reichardt’s film, like her heroines and her landscape, is cold and aloof. In the corner, through the key hole, she sees the small frustrations and intimacies of women’s lives. Unassuming in it’s poetry, it broods and permeates like a gathering storm over the not-too-distant mountains.

JEANNETTE: THE CHILDHOOD OF JOAN OF ARC
I’m not sure what this musical by Bruno Dumont will be like, but it’s guaranteed not to be dull and I am intrigued.

ON A BEACH AT NIGHT ALONE
Yes, a second Hong Sangsoo film. This is my most anticipated film of QFF. Director and actress working together to create a film that reflects on the true life affair they both experienced, dare I say, I could draw a parallel or two to my own film?

Image: On a Beach at Night Alone