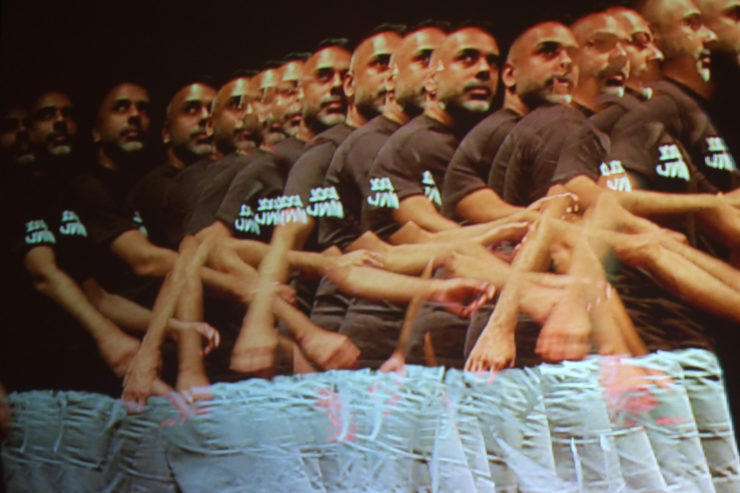 José Da Silva is the Senior Curator and Head of the internationally renowned Australian Cinémathèque at Brisbane’s Gallery of Modern Art (GoMA). José’s recommendations come from a local expert who is constantly assessing and selecting the best of world cinema—past and present—for screening in Brisbane. If you’re a fan of his Cinémathèque programming, whether on David Lynch or their current ‘In Character’ programme, you should definitely take a look at José’s Top 5, and we look forward to seeing him at these screenings!

1. MALGRÉ LA NUIT [DESPITE THE NIGHT]

Philippe Grandrieux is one of the true visionaries of contemporary art and cinema, responsible for works that are both deeply unsettling and breathtakingly beautiful. MALGRÉ LA NUIT is a sensual, disorientating and completely unforgettable experience. It’s a film about lost love and emotional baggage that continues Grandrieux’s radical approach to developing a filmic language that can express the intensity of physical relationships.

Lucile Hadžihalilovic’s sophomore film is one of the most beautiful, tender and affecting films of the year. Set in an enigmatic world populated by women and boys on the cusp of puberty, EVOLUTION moves between episodes of body horror and surreal mystery, posing an entirely unique (and quite unnerving) take on questions of evolution and natural selection.

Anna Biller’s tale of a modern-day witch obsessed with love magic comes with glowing credentials: an intelligent, endearing and beautifully-crafted film that toys with all the conventions of pulp fiction and sexploitation cinema. Gloriously realised on 35mm with Biller managing all the production elements, THE LOVE WITCH represents a new kind of feminist cinema and is the film I’m most excited about at this year’s festival.

4. BRING ME THE HEAD OF TIM HORTON

THE FORBIDDEN ROOM was the treasure of last year’s festival and I’m eagerly awaiting Guy Maddin’s return with this short co-directed with Evan and Galen Johnson. What starts as a behind-the-scenes documentary about the making of a big budget movie dealing with Canada’s military involvement in Afghanistan transforms into a lurid pastiche of politics and commercial cinema’s propensity toward war-porn.

David Cronenberg’s free-form approach to the life and work of William Burroughs may ignore the rampant homosexuality at the core of NAKED LUNCH, but it still makes for a fascinating study of conflict and repression. This 25th anniversary screening gives us an opportunity to revisit some of the film’s many delights, including jazz musician Ornette Coleman’s contribution to the score, the collage of Burroughs’s writing transmuted through hallucinations, the incredible creature effects used for the Mugwump, and Julian Sands as a fabulously predatory homosexual.