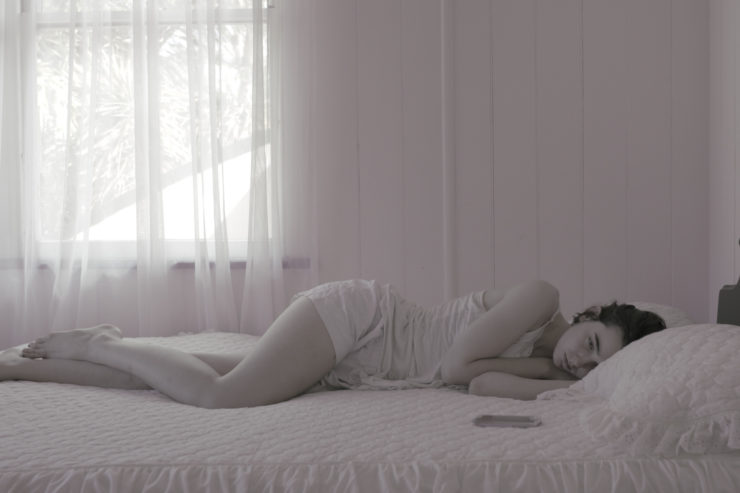 In an oppressive subtropical summer, Grace, a young romantic, waits for her absent lover to return. Caught in the illusion of their shared love, Grace slowly disconnects from the world. As she loses herself to the fantasy, the real world begins to eat into her.

This striking debut from local Brisbane filmmaker Georgia Temple is marked by its synthesis of early Chantal Akerman, its careful use of duration and sensitivity to domestic mundanity, and the sickly works of Roman Polanski where psychic trauma becomes manifest.

This screening is introduced by directors Georgia Temple and Mia Forrest.

Winner of Best Screenplay at the 2016 Arte Non-Stop Film Festival.