Home » The Lost City of Z 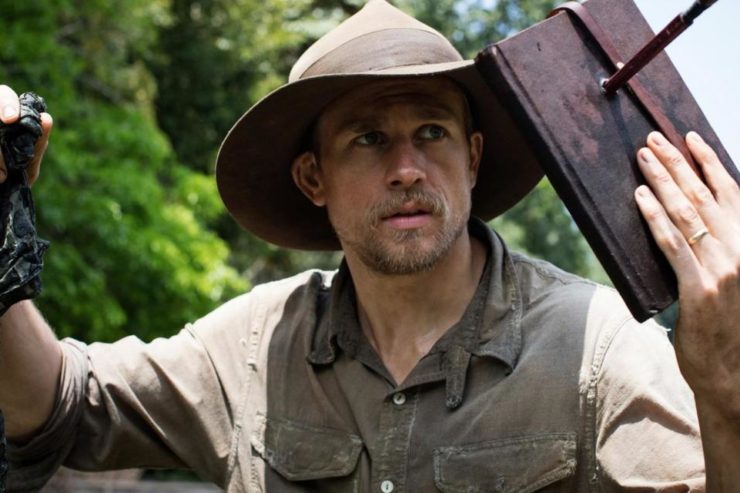 Here, he [Gray] effortlessly expands his reach as he moves across time and continents and in the process turns the past into a singular life. There’s much to love in this film, but what lingers are those lapidary details that often go missing in stories about great men, as if they had built the world alone and no child had ever raced down a road waving goodbye as a father disappeared into history. – Manohla Dargis, The New York Times

Based on author David Grann’s nonfiction bestseller, The Lost City of Z tells the incredible true story of British explorer Percy Fawcett (Charlie Hunnam), who journeys into the Amazon at the dawn of the 20th century and discovers evidence of a previously unknown, advanced civilisation that may have once inhabited the region. Despite being ridiculed by the scientific establishment who regard indigenous populations as savages, the determined Fawcett supported by his devoted wife (Sienna Miller), son (Tom Holland) and aide de camp (Robert Pattinson) returns time and again to his beloved jungle in an attempt to prove his case, culminating in his mysterious disappearance in 1925.

An epic-scaled tale of courage and obsession, told in director James Gray’s classic filmmaking style, The Lost City of Z is a stirring tribute to the exploratory spirit and those individuals driven to achieve greatness at any cost.