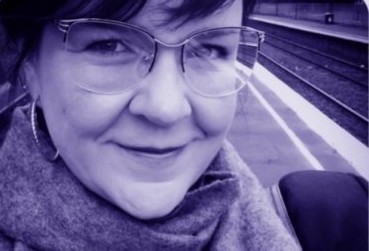 With the festival now only a week away, here’s another QFF Top 5 to help you decide what should be at the top of your list for next weekend!

We’re excited to have Louise Sheedy as a guest of the Festival. A Melbourne-based film programmer and scholar, Louise is the Head of the Melbourne Cinematheque and recently completed her PhD on “the aesthetics of popular radicalism” in documentary films.

Louise will contribute to the FREE Reconciling Film Cultures discussion panel at the University of Queensland Art Museum—which closes the Festival—on Monday 27th of July at 1:00pm. But mainly she’s here to watch movies! Here are her picks…

Eight
This single shot film, whilst masterfully executed, is anything but tricksy gimmick. Instead, it creates a feedback loop between form and subject that’s airtight—suffocating, in fact. Eight stands alone on the Australian cinematic landscape, showing the rest of the industry what ballsy cinema is all about. Not an easy watch, but an essential one.

P’tit Quinquin
Don’t be put off by the running time, it’s a glorious way to spend an afternoon. You might even be sad to leave this mini-universe set in a melancholy French backwater—I was. The film spins all the dry kook from television history’s police procedurals into a tenderly crafted, strangely elegant soup. One part metaphysical art lesson, two parts screwball comedy, L’il Quinquin is a delicious masterpiece. It will also leave you with some of the most beautiful /uncanny images you’re ever likely to see on screen, big or small.

Episode of the Sea
Narrative schmarrative, here’s some cinema that wants you to feel icy breezes, smell salt air, fondle fish guts and for once in our busy lives, sit quietly and people watch. People are weird. This is art cinema with a wry grin, a love letter/eulogy for 35mm and a once-in-a-lifetime experience with a capital E. Really looking forward to this one.

The Strange Little Cat
Clever is the filmmaker who can take the tiny details from the everyday and weave them into enthralling cinema. I love little films and the word on the international cine-street says this little film is quite dazzling in its inventiveness, both formally and in terms of the way it tells its tale. Familial relationships made super un-familiar, overlooked by a cat who quietly judges them all. I’m in.