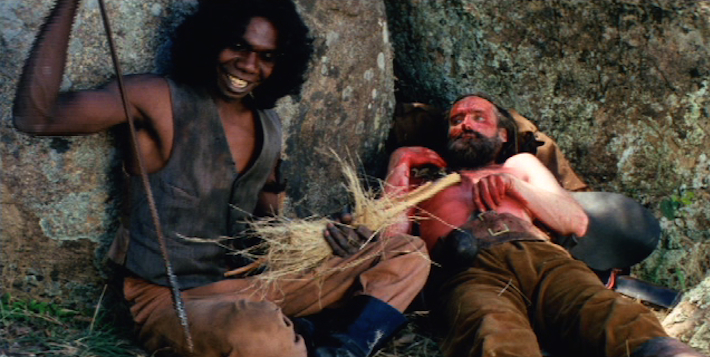 We met Jake Wilson at a film history conference convened by our major sponsor QUT Creative Industries around this time last year. Critic for Fairfax News papers the Age and Sydney Morning Herald by day, Jake had somehow found time to write a monograph on neglected Australian film classic Mad Dog Morgan, which he was launching at the conference.

You can buy Jake’s Mad Dog Morgan online (highly recommended!) and be sure to look out for his reviews in the papers. He’s one of the best Australian film critics writing in that medium today.

Best not to say too much about Lucile Hadzihalilovic’s long-awaited follow-up to her first feature Innocence, set on a remote island strangely devoid of adult men. Alluring, puzzling and guaranteed to make you squirm.

Nowhere near as celebrated as they should be, Arthur and Corinne Cantrill are among Australia’s greatest living filmmakers.  These documentary studies are key early examples of their career-long interest in collaborating with other artists, using Robert Klippel’s sculptures and Larry Sitsky’s music as the basis for imaginative experiments in blending image and sound.

Those who’ve followed Chris Elena on social media for the past few years will know that he’s both a dedicated cinephile and a terrific storyteller. He takes the next step with this new 16-milimetre short, a somewhat autobiographical drama set at a Catholic boys’ school.

Plenty of filmmakers specialise in pastiche, but few can match the obsessive attention to detail shown by US writer-director Anna Biller (Viva) who, like Elena, insists on shooting on film. Going by the trailer, this supernatural thriller about a modern-day witch (Samantha Robinson) promises an irresistible parade of ripe, rich images.

What do you get when you mix the exoticist grand guignol of writer Paul Bowles (The Sheltering Sky) with the anthropological minimalism of experimental filmmaker Ben Rivers (Two Years At Sea)? I wouldn’t have a clue, but it’s bound to be intriguing.