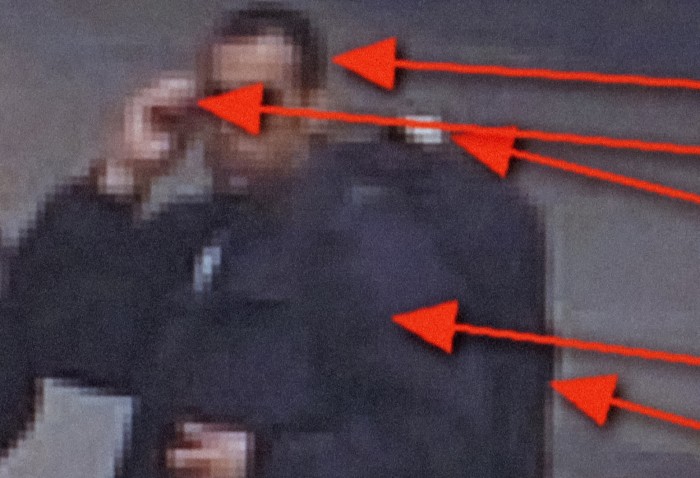 Presented as a partnership between Queensland Film Festival and the Institute of Modern Art, this free screening, Memory Jackets, draws on three studies of terror forensics to examine how prurient interest and narrative bias are reflected in both media and society.

Watching the Detectives | Chris Kennedy 2017 | 36 minutes
Immediately after the Boston Marathon bombing in April 2013, amateur detectives took to the Internet chat rooms to try and find the culprits. Users on reddit, 4chan and other gathering spots poured over photographs uploaded to the sites, looking for any detail that might point to the guilt of potential suspects. Using texts and jpegs culled from these investigations, Watching the Detectives narrates the process of crowd sourcing culpability.

12 Explosions | Johann Lurf 2008 | 6 minutes
Lurf’s 12 Explosions should be reasonably straightforward. On the dark streets of Vienna, probably twelve blasts take place, one after another. And yet our attention drifts and our perception shifts as this precise film works through its series of explosions and tests us.

Rubber Coated Steel | Lawrence Abu Hamdan 2016 | 22 minutes
Lawrence Abu Hamdan is a forensic audio analyst as well as an artist, and in 2014 he was asked to analyse audio files that recorded the shots that killed Nadeem Nawara and Mohamed Abu Daher in the West Bank of Palestine. His audio investigation, which proved that the boys were shot by real bullets and not rubber ones, became the centre of a murder investigation that went through the military courts and international news networks to the US Congress, where it was used to argue that the Israelis had breached the US-Israeli arms agreement. One year later the artist holds his own tribunal for these serial killing sounds in the form of this video and the following transcript he authored, titled Rubber Coated Steel. Rubber Coated Steel does not preside over the voices of the victims but seeks to amplify their silence, questioning the ways in which rights are being heard today. 25FPS

Introduced by Dr Suzannah Fay-Ramirez of the School of Social Science at the University of Queensland. Fay-Ramirez’s criminology and sociology research is underscored by questions of race and ethnic stratification, and how perceptions of crime influence individual actions.