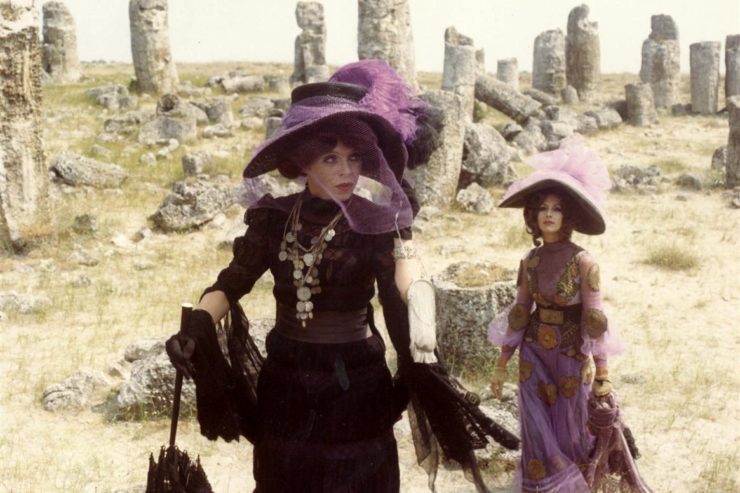 Replete with Goth-approved clothing and surrealistic imagery, this fanciful tale of two vastly different sisters will tickle all right pleasure receptors on those who like their costume dramas to have a malevolent edge to them. – House of Self Indulgence

Iva Janžurová puts in a tour-de-force performance as twin sisters Klára and Viktoria, the latter hell-bent on doing away with the former, in this deliciously overripe adaptation of Aleksandr Grin’s 1929 novel Jessie and Morgiana. With froufrou costuming and opulent production design informed by Herz’s enthusiasm for the work of Gustav Klimt, cinematographer Jaroslav Kučera has a field day with wide-angle lenses and employing prismatic colour effects exceeding even those found in his earlier films with Věra Chytilová. Features an eerie soundtrack by the brilliant Luboš Fišer. For lovers of cats and camp.