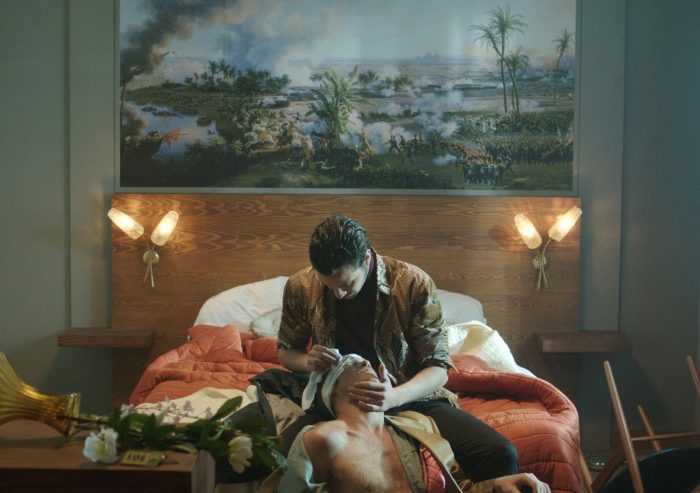 The mood is heated. Demonstrations are taking place across France, also in front of the Paris hotel where an Italian named Giorgio is booking the bridal suite for him and his boyfriend Antonio. Hotel manager Diana doesn’t trust them and calls the police to get rid of the odd couple. Italians? Homosexuals? Criminals? In the charged atmosphere of the Hotel Occidental, little is needed for initial suspicions to be aroused.

Shot on a swaggeringly artificial set (later an installation), artist Neïl Beloufa’s Occidental is half thriller/half screwball comedy—perhaps the only tone fit for today’s political realities.