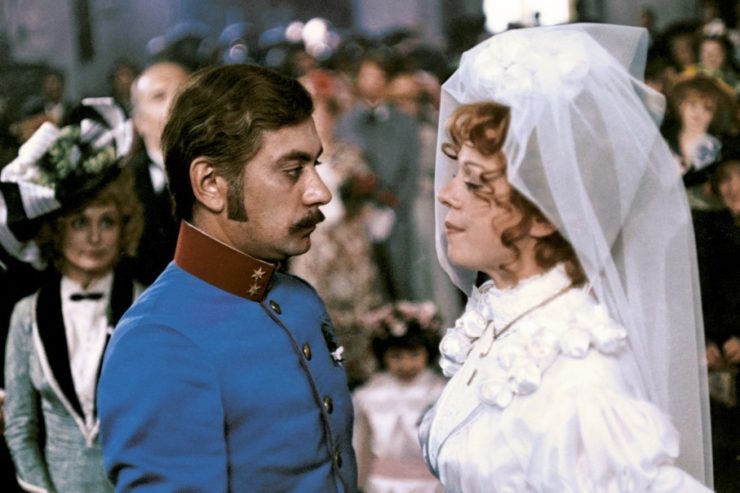 A virginal woman (Iva Janžurová) hopes to marry a jaded soldier in the Austrian army (Petr Čepek), wilfully ignorant of the dissolute proclivities that might just be sending him mad and attacking his body with a discomfiting wasting malady. Set, like its source, Jaroslav Havlíček’s 1944 novel, at the very outset of the 20th century, Herz’s sumptuous adaptation, enriched by “Dodo” Šimončič’s glorious cinematography, meshes the director’s love of Art Nouveau aesthetics with his peculiarly mordant Weltanschauung. The film’s ironically romantic score is by Luboš Fišer.