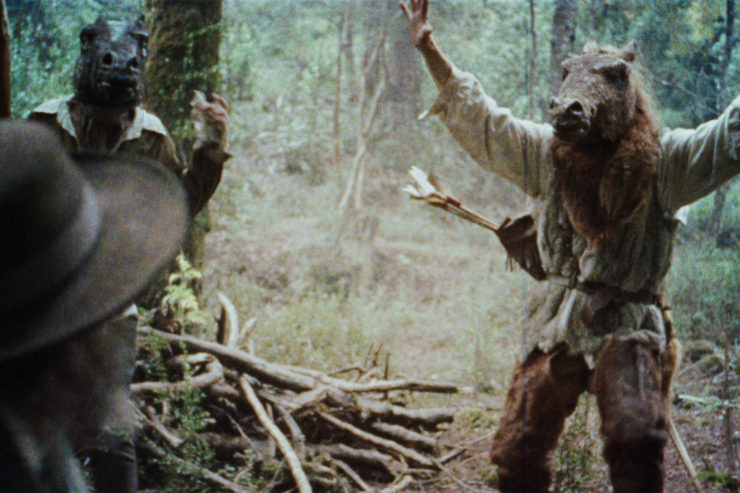 [A] pleasingly poetic reflection on film as an emotionally rich artifact, subject to the passage of time just as memory itself is honeycombed with lacunae. – Jay Weissberg, Variety

In the 19th century, a French adventurer, Orélie-Antoine de Tounens, thought it would be nice to be king. Finding a discreet spot in southern Chile, somewhat towards the end of the world, Orélie-Antoine founded his kingdom with the assistance of the local Mapuche natives. The Chilean army violently disapproved.

A visionary psychedelic film from artist Niles Atallah, Rey probes Chilean history, memory and colonialism through its stylised blend of deliberately decayed footage, stop-motion, masks, puppets and other kaleidoscopic imagery. Based on accounts of a true story, and drawing on location and archival footage of Patagonia, this is an astonishing work and one of the key films of 2017.