Home » Sleep Has Her House 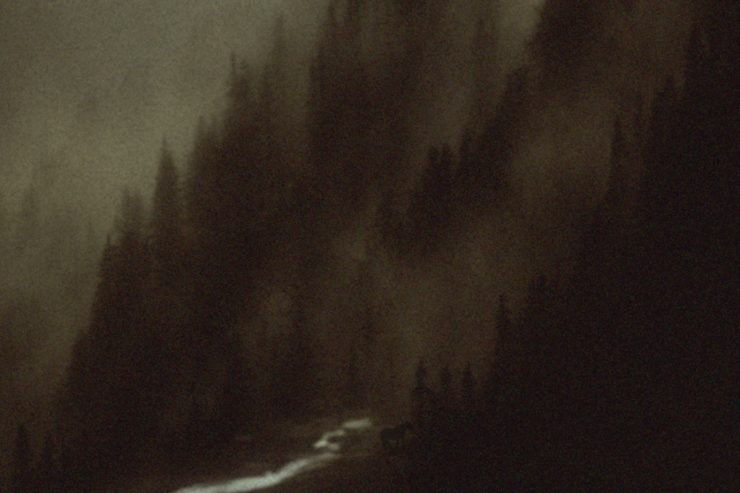 This screening of Sleep Has Her House is presented as a partnership between Queensland Film Festival and the Institute of Modern Art, and is introduced by Professor Greg Hainge of the University of Queensland.

Sleep Has Her House
Scott Barley | UK 2017, 90m | 6:30pm, Thursday 8 August, Institute of Modern Art
Night falls. The colour and fine detail provided by the photoreceptor cones in our eyes fade to the greyscale softness of rods as we adjust to lowlight conditions. In the curve of this blackness, our perceptions reorientate themselves: sound and movement sensibly becoming more important to how we understand this new space. Sleep Has Her House follows the transition from sunset into night to storm. Slow hypnotic shots mix live action, still and hand-drawn imagery to present a work of ambient horror.
Courtesy of Scott Barley

Professor Greg Hainge
Greg Hainge is an internationally recognised specialist in sound studies and film studies with a special interest in avant-garde film. In recent times he has increasingly brought these fields together in works such as his 2017 monograph entitled Philippe Grandrieux: Sonic Cinema, published by Bloomsbury Academic. Prior to this, in 2013 he authored a volume called Noise Matters: Towards an Ontology of Noise (Bloomsbury Academic). Most recently Greg has written essays for an upcoming sound art exhibition to be held in Madrid’s Museo Reina Sofía and for the forthcoming Blu-ray and artist book edition of Scott Barley’s Sleep Has Her House.