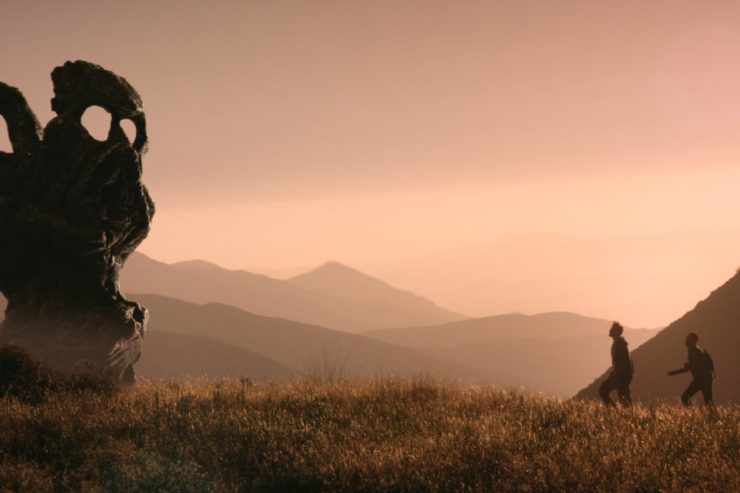 There’s no mistaking this is a Moorhead and Benson movie. The meta themes they deal with, imbued with a very real human conflict, and subtle but surreal visual effects have become their trademark three movies into their partnership. – Fred Topel

After escaping a cult as children, brothers Aaron and Justin are living hand-to-mouth a decade later, until they receive a mysterious message in the mail that seems to be from their former “family”. Aaron insists they go back to investigate, and the protective Justin reluctantly agrees, concerned about returning to the place they worked so hard to leave behind. Once there, Aaron is quickly drawn back under the sway of the cult’s intensely magnetic leader Hal while Justin remains uneasy. Soon inexplicable happenings begin to occur in the group’s desert encampment, and both Aaron and Justin are forced to conclude that the unsettling events seem to be in line with the cult’s strange and supernatural axioms.

A horror film, a science fiction film, The Endless’s closest parallel are the films of Shane Carruth (Primer, Upstream Color): endlessly intelligent and curious works that carefully explore one key fascinating concept and its implications. Evoking Adolfo Bioy Casares’ literary classic, The Invention of Morel, in its study of time, memory and desire, The Endless unpacks an alien concept of film and its future potential.