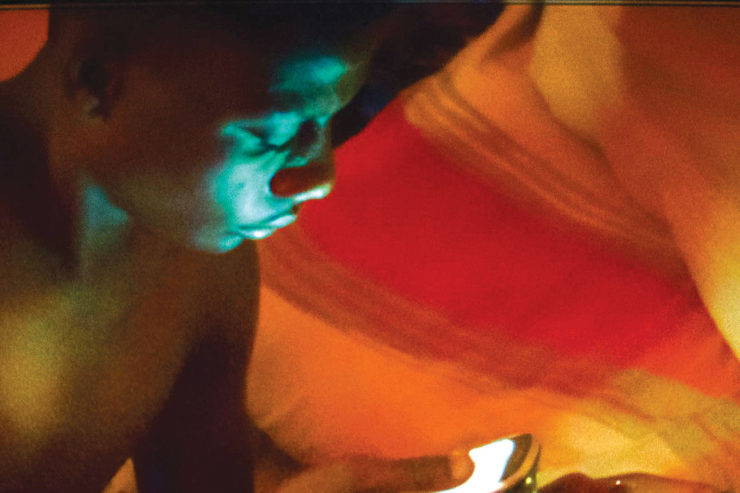 With The Human Surge, a debut feature that defies categorization and other expectations besides, the Argentinean director Eduardo Williams has done nothing less than attempt to rewire narrative cinema for the information age. It’s a testament to his talent that he so often succeeds. – Benjamin Mercer, Brooklyn Magazine

In constant motion, this experimental feature links three continents together, touching down on Argentina, Mozambique and the Philippines. A youth walks out into a storm, its aftermath, to work and hustle with his friends, a jump through a computer screen takes us to the shanty scrubs of outer Maputo, and there an ant nest burrows its way to the jungles and waterfalls of Bogol. The Human Surge traces out the connections and circulations of the new world, at once a comment on technology, globalisation, and the pressures wrought on the human body, but also something mystical and uncanny—we sense the pressure of offscreen space, and the omnipresence of the human beast scratching away and making connections.

Each section of The Human Surge is notable not just in its connectedness to the whole, but also in their distinction. Each chapter is filmed differently, whether 16mm, 16mm film off a monitor, or the crisp HD of a Red One camera. And each chapter is a sensitive portrait of an individual or group as they explore and negotiate their environment. Like Apichatpong Weerasethakul’s Mysterious Object at Noon, this is an important feature debut that both infuriates and fascinates as it marks out its world.

The Human Surge is preceded by The Fall of Communism as Seen in Gay Pornography (Jones, 1998, 19 minutes).